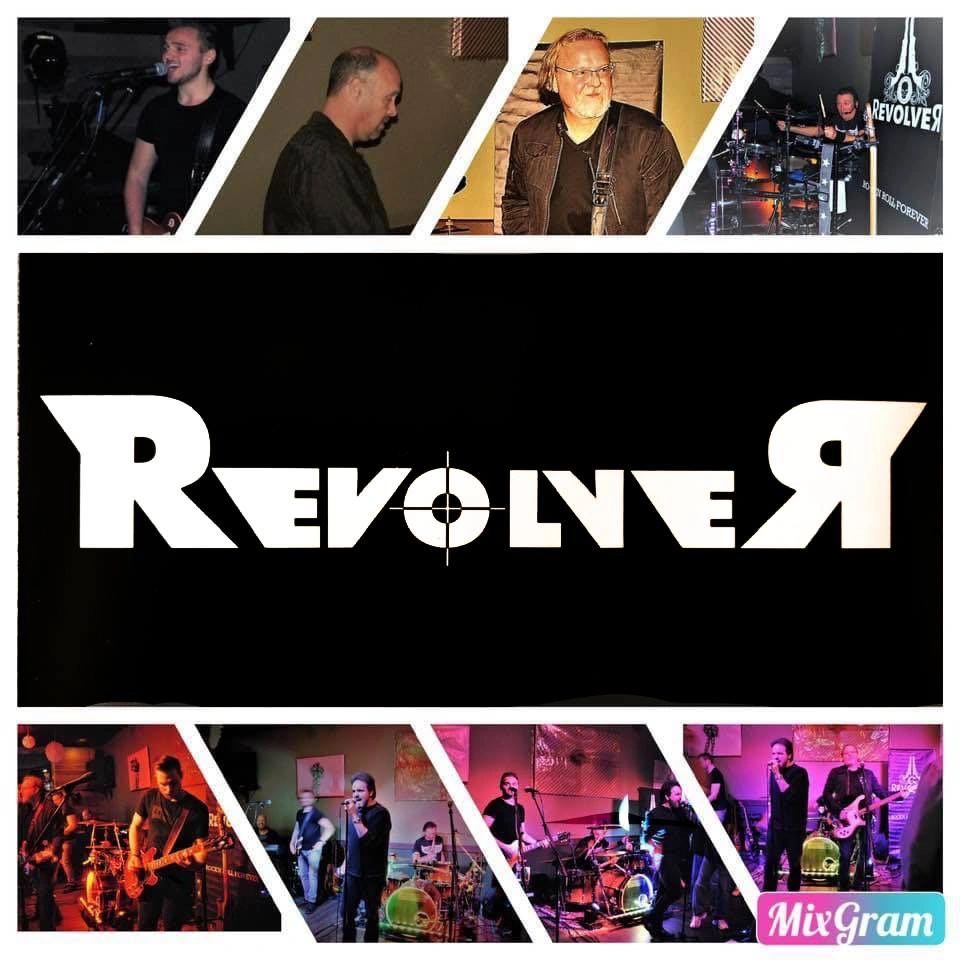 In the 1980's a Rock N Roll cover band like no other was born. For a decade, they covered the top hits ranging from Bon Jovi to The Eagles to Motley Crue. Over the years, a few band members went separate ways and created a unique opportunity for the next generation. Today, the Revolver tours with 4 of the 5 original members: Fiore Masci, Robert Masci, John Reilly, and Frank Sica. Newly joined members are Joshua Masci and Connor Nichols.

What Music We Play

Our musical influences come directly from the bands we cover == all of the legendary artists that we all love.